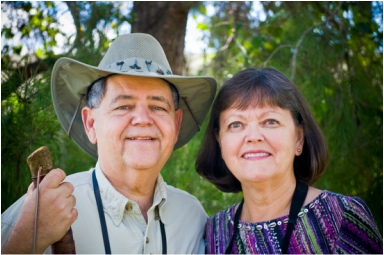 Bill Clifton, a former evolutionist, has a passion for God’s creation!  His desire is to share his knowledge of science and the Bible to help others understand our incredible Creator and His handiwork.  For over 40 years, Bill has taught various science, Bible, and creation classes for public, Christian, and home schools as well as seminary.  He was also head of SeaWorld Orlando's Education Department and served as Minister of Education in a local church before he and his wife Merilee founded Science Partners in 2000.  They offer Creation Adventures (field trips and workshops) for homeschool families, Christian schools, and churches. Bill is a creation speaker and ordained minister.

Bill and Merilee have been certified by the University of Florida as Florida Master Naturalists; trained by Florida Fish and Wildlife Conservation Commission (FWC) as facilitators for Project WILD, Project WILD Aquatic, Florida Black Bear, and Flying WILD programs; and certified by Florida Marine Science Educators Association and FWC as Aquatic Science Educators.  They are "graduates" of Answers in Genesis' Creation Colleges I, 2, & 3.

HONORS & ACHIEVEMENTS
Bill served on Florida Department of Education's Science Advisory Board; created the World of the Sea proficiency badge for Citrus Council Junior Girl Scouts; has spoken at conventions for Florida Parent-Educators Association, Florida Association of Science Teachers, National Marine Science Educators Association, Librarians and Media Specialists, and more; has lead teacher in-service workshops; appeared on local and national radio and television programs; has been interviewed and featured in numerous newspaper and magazine articles; has spoken to local public, private, and home school groups as well as churches; authored a variety of curricula including “Life in the Sea” for the Florida 4-H Marine Education Program; and authored articles for various other publications.  One of his proudest achievements was becoming an Eagle Scout. 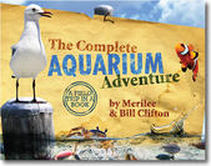 Bill and Merilee co-authored The Complete Aquarium Adventure: A Field Trip in a Book,  published by Master Books, a division of New Leaf Publishing Group, the world's largest publisher of creation materials.  (Click on the title above to see details, sample pages, reviews, and how to order your own copy!)  They were science editors for The Aquarium Guide and have edited articles for Answers Magazine, both published by Answers in Genesis.  They have been featured on “Ask the Expert” at www.CreationConversations.com and also guest bloggers for www.TheHomeschoolScientist.com.
Bill and Merilee are featured in the "Speak Up" section of the September / October 2017 issue of Answers Magazine, published by Answers in Genesis.  To read the article, click here:  Answers Magazine - Speak Up - Cliftons.pdf.